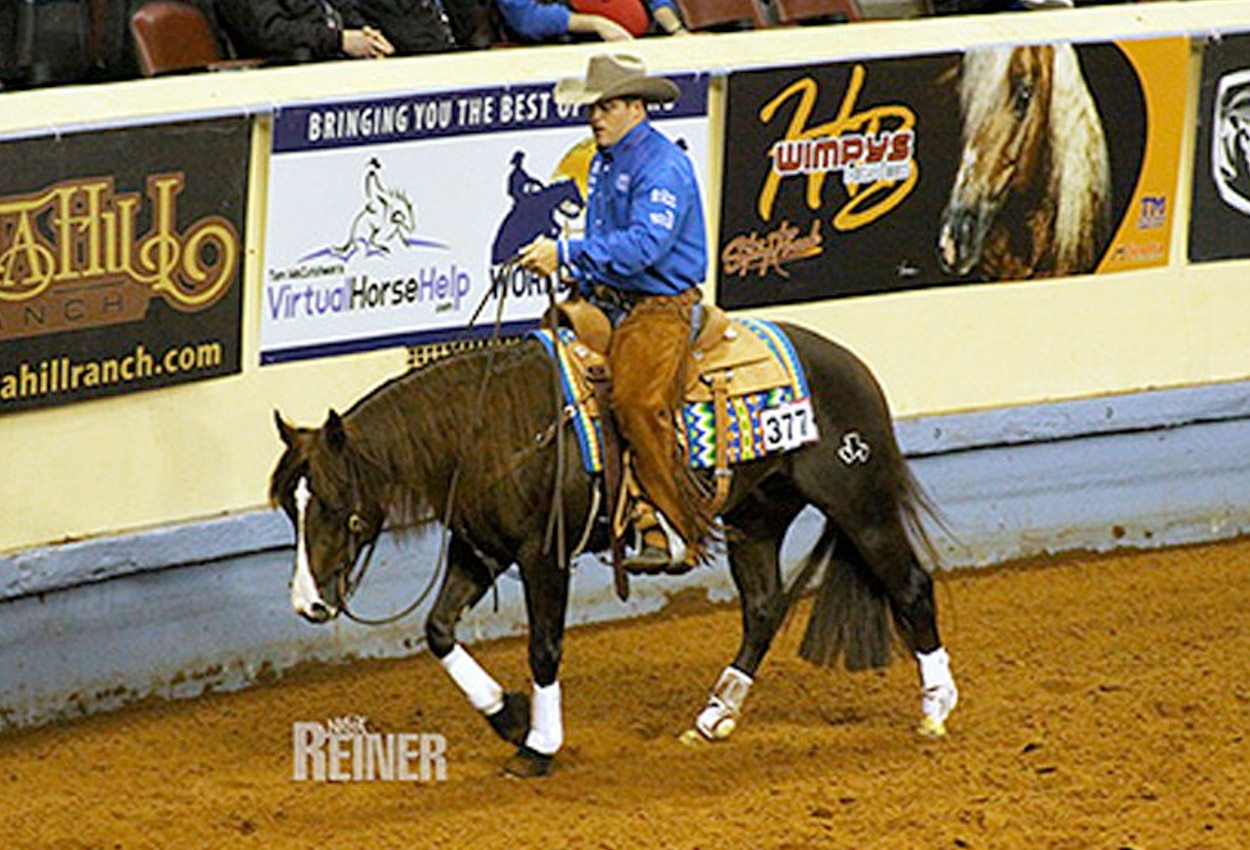 Each year, the National Reining Horse Association (NRHA) Futurity & Adequan® North American Affiliate Championship (NAAC) Show features the world’s most elite competitors in the sport of reining. To highlight this talent, NRHA created a new event, thrilling for both spectators and reiners alike.

The Futurity Level 4 Open Silver Spurs Equine semifinal took place today in the Jim Norick Arena. Also sponsored by Not Ruf At All, the top 75 horses (plus ties) in the Level 4 Open division from the first go-round, with competitors giving it all they had in hopes of making it to the $575,000-added NRHA Open Futurity Finals on Saturday, rode into the Jim Norick Arena in Oklahoma City today. The horse-and-rider teams with the highest combined score from the first go-round and semifinals will advance to the finals and will compete head-to-head for the winner’s $150,000 guaranteed paycheck on Saturday night.

The exhilarating competition closed with NRHA Million Dollar Rider Casey Deary, who slid Tinker With Dreams (Tinker With Guns x This Chicsdundreamin x Magnum Chic Dream) to a 221.5, bringing his composite to a 443. Owned, nominated, and bred by Rhodes River Ranch, the stallion and Deary lead the Level 4 Open semifinal.

“This is an incredibly athletic horse, and I’ve had a lot of help from his owners since we showed in Las Vegas at the High Roller Reining Classic,” Deary said. “There is nothing physically he can’t do; he’s a fun horse to ride and very intelligent. You have to keep him occupied.”