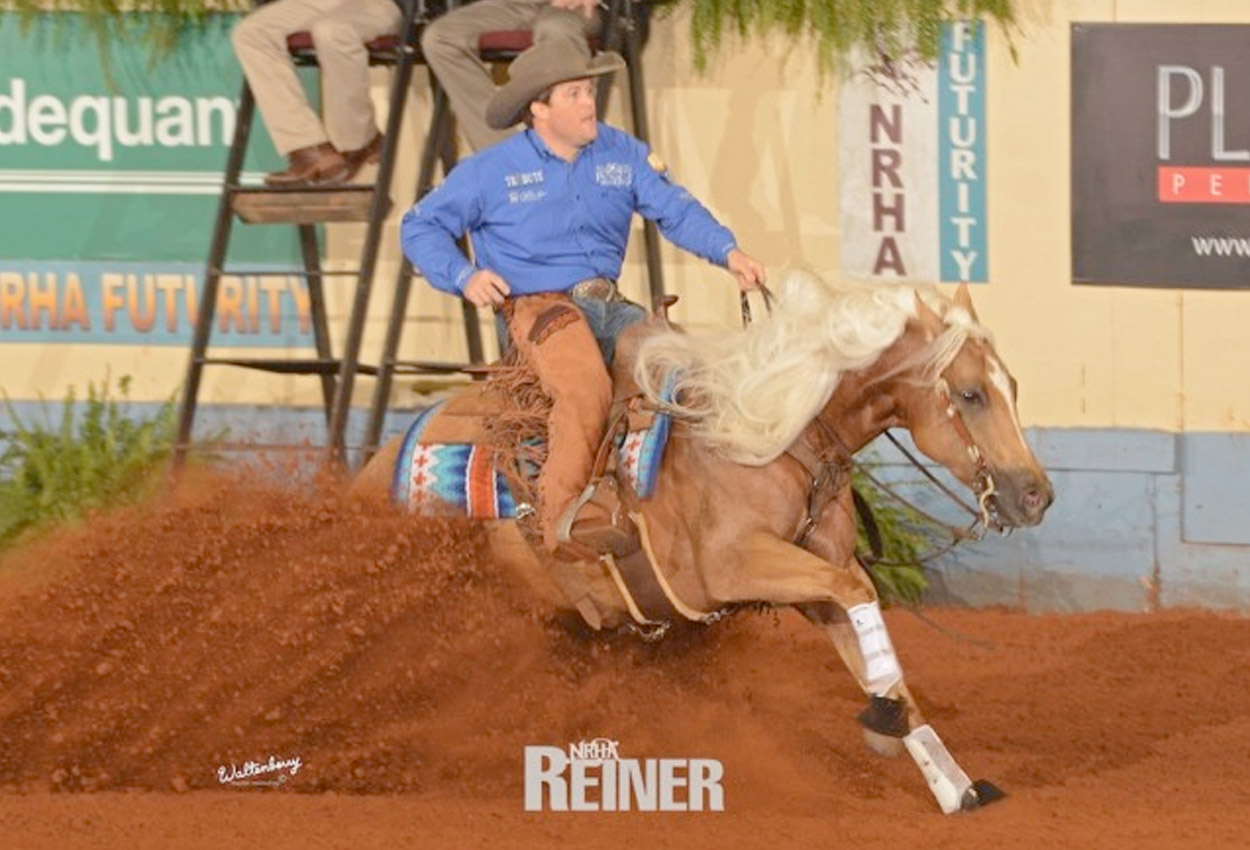 In a League of Their Own

When you see the normally stoic Rob Curtis (Curtis Performance Horses LLC) get emotional after watching Shesouttayourleague score a 229 as the 25th draw in the finals, you know it’s been a long time since he’s seen his prized mare light up the arena like she did during her 2015 NRHA Futurity win.

“She’s back!” he yells on his way back to the warm-up pen. NRHA Million Dollar Rider Casey Deary had just piloted the mare to overtake Two Million Dollar Rider Jordan Larson, and the 2014 NRHA Futurity Co-Champion ARC Gunnabeabigstar’s 227.5, a feat even he wasn’t sure would be possible.

“When I watched Jordan run in the chute, I’m sitting here thinking that I should get off and un-cinch this mare and put her up,” says Deary. “Jordan’s horse looked just phenomenal. It’s very difficult to follow a run like that.”

The beautiful palomino mare, nominated by Arcese Quarter Horses USA, hadn’t graced the arena much since her win in a run-off at the 2015 NRHA Futurity. After discovering a small tear in her hip muscle after the 2016 NRBC, Deary and Curtis gave the mare the rest of the year off, marking her return to the show pen at the 2017 edition of the NRBC and a trip to the finals.

“In the finals (at the NRBC) I didn’t have her mentally where I needed her to be, and I botched the turnaround too,” Deary recalls. “I came up here for the Red Bud and told Jordan I was struggling.”

In fact, the two friends worked together to improve the 5-year-old Walla Walla Whiz mare’s rundown and stop, something that Deary felt she just wasn’t getting after her vacation. He was quick to give thanks and praise to his dear friend for the help as soon as he stepped out of the arena. 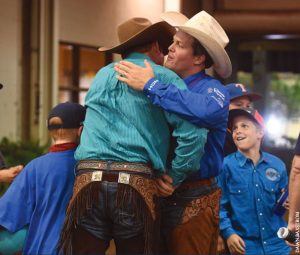 “Jordan had me run her down in a different way that’s completely opposite of what I always do, and it worked really well for that mare,” he says.

The end result was a run that captured the crowd and the judges rewarded.

“She circled fantastic—she couldn’t have run any harder,” Deary said. “We came around the ends and she waited for me to pull the trigger. We backed off a little on the last stop, but we were on the end of the ground and I made the rookie mistake of looking at that dirt instead of keeping my eyes up and looking through it. But I’m just fortunate to be the pilot here.”

Deary shared not only his excitement for his ride, but his compassion for his fellow competitors, being one of the first to offer a hug to those who had a bit of a rough go in the finals. When he wasn’t swarmed by well-wishers and congratulations, he was praising his horse and thanking Curtis for the chance to ride her again.

“She is a dream horse come true,” Curtis said. “I feel fantastic—Casey is just amazing. It’s such a pleasure working with him and having him work with your horse.”