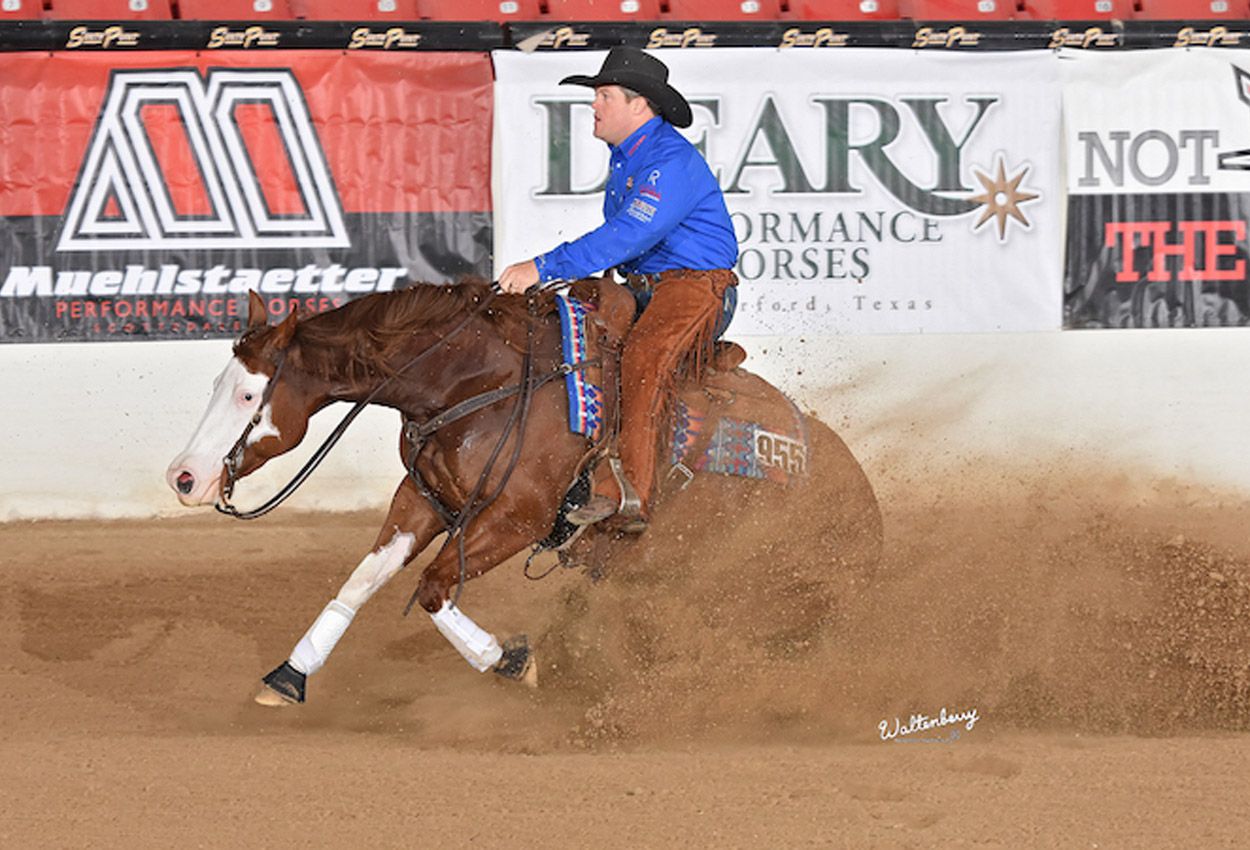 No Splitting Gun Dun It & Americas Supermodel at the High Roller

The High Roller Reining Classic wrapped up with two more performances that were too good for the judges to separate. Gun Dun It and Andrea Fappani tied with Americas Supermodel and Casey Deary for the top spot in the Level 4 Open Derby.

Americas Supermodel has had a super summer. The 5-year-old mare is sired by Walla Walla Whiz and out of Americasnextgunmodel (by Gunner), the 2012 National Reining Horse Association (NRHA) Futurity Level 4 Open Champion.

Deary rode Americas Supermodel to a reserve co-championship in the Derby Level 4 Open at the National Reining Breeders Classic (NRBC) in early September. The winner that day at the NRBC was her full brother, Americasnexttopgun,and the flashy mare turned right around and pulled another check Saturday night in Las Vegas, pushing her lifetime earnings to $152,023, according to Equi-Stat.

Americas Supermodel is unique in her style of circling, according to Deary, and her light front end helps her in the turnarounds. Deary expressed his gratitude for the owner partnership between Whitmarsh and Archese Quarter Horses for allowing him to take his time with Americas Supermodel, saying he believes the extra time given has been crucial to her current success.