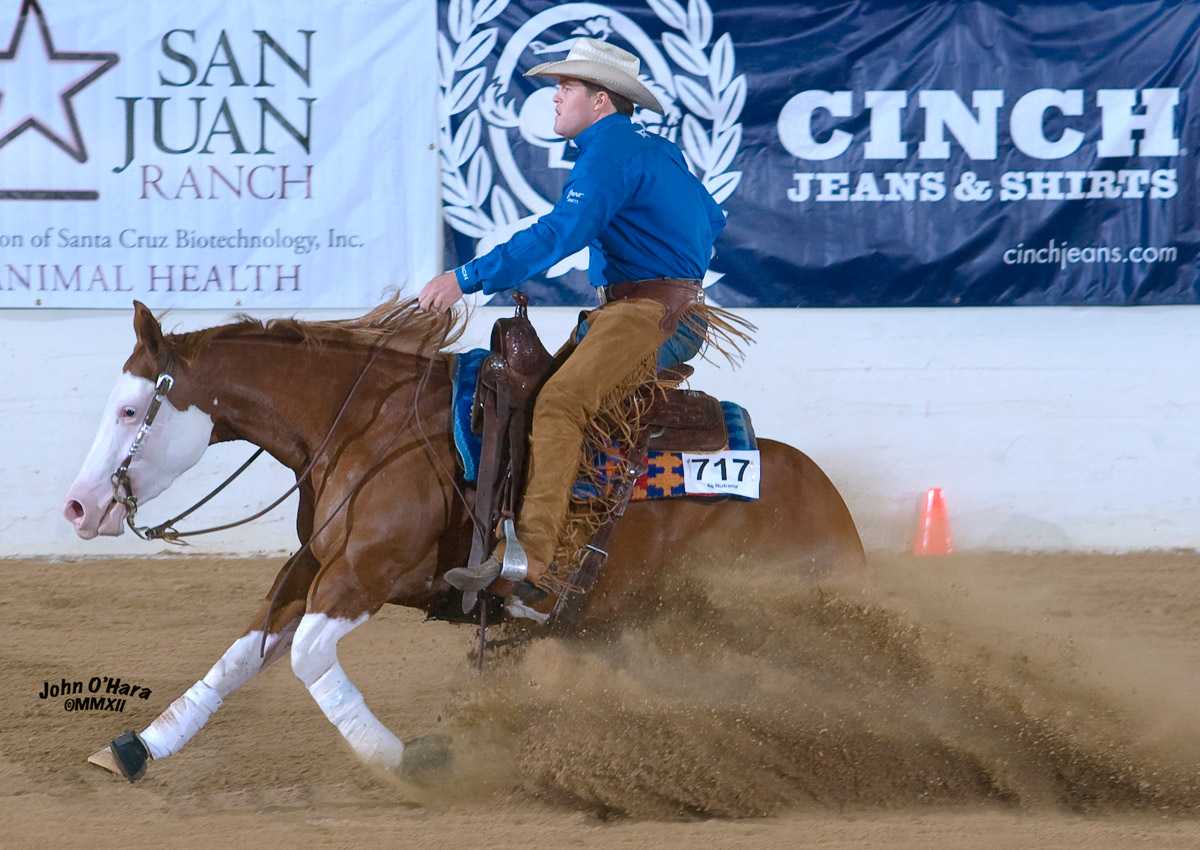 The flashy reining mare Americasnextgunmodel was one of the horses that pushed trainer Casey Deary’s career to another level, so it’s only fitting he reached an important career milestone thanks to one of the National Reining Horse Association (NRHA) Futurity winner’s foals.

“I knew I was close, but I wasn’t exactly sure how close,” Deary said in a statement issued by the NRHA. “I had three horses that could all potentially win the deal. It wasn’t stressful, it was exciting. That’s what we all work for at a show. I did the best that I could to get them shown and keep them out of trouble, let them do what they do best, and I just stayed out of their way.”

Deary also tied for second with a 224.5 riding Maverick’s full sister, Americas Supermodel, a mare he later went on to win the High Roller Reining Classic Open co-championship with a few weeks later.

The NRBC scores by the brother and sister – both out of Americasnextgunmodel, were each enough to push Deary well over the two-million-dollar mark.

His reining career hasn’t always been the one-two punch that it was recently, but this Weatherford, Texas, trainer has seen his fair share of the winner’s circle.

“It seemed like it took a lifetime to earn the first million,” Deary said. “Americasnextgunmodel was kind of my first elite athlete, not that I didn’t have good ones before that, but she got me to the level that I wanted to be at.”

By Gunner and out Cee Dun It Do It, Americasnextgunmodel and Deary won the sport’s biggest prize in 2012. This talented mare proved herself in the show pen and is now showing her stripes as a broodmare. Her foals already have earned more than $400,000, according to Equi-Stat.

“The team of people around me is what’s made all this possible, with my assistants at home, down to my farrier and vet,” Deary said. “And, of course, my wife pulls more than her share of the weight to keep the business going and taking care of the kids. It’s certainly a group effort to reach these milestones.”