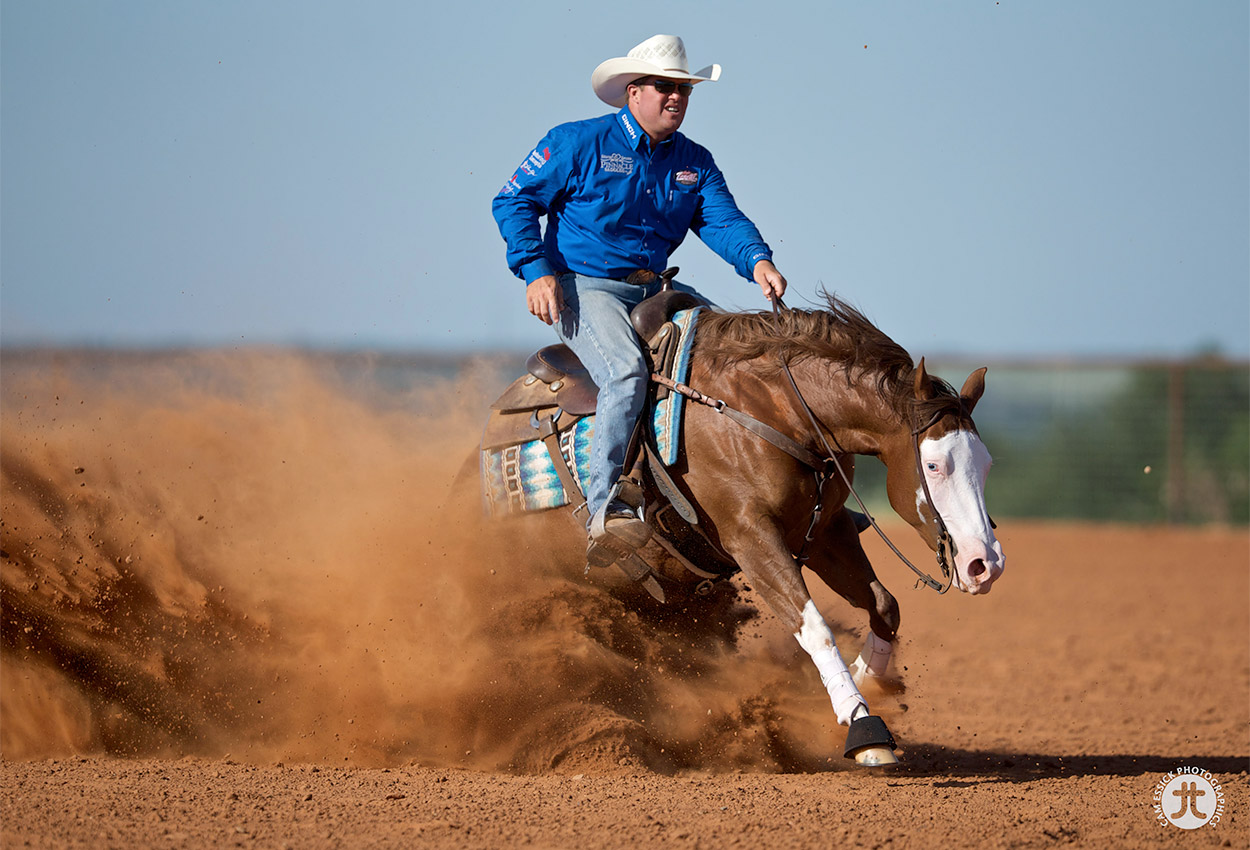 The spitting image of her dam, Americas Supermodel (by Walla Walla Whiz), who was bred by Arcese Quarter Horses, of Weatherford, Texas, and is owned by Marie and Lyle Whitmarsh, from Canada, is Americasnextgunmodel’s first foal to hit the ground, Deary said. The pretty mare won the preliminary go-round before sliding to a 227 finals score to claim the Level 4 Open Championship.

Deary had two other reasons to celebrate, as he also rode Gunnarickashay (Gunnatrashya x Rondas Tio x Teninolena Badger) to the Reserve Championship with a 224 score, and All About Business, a daughter of Smart And Shiney out of Anne Get Your Gunner (by Gunner), to a sixth-place finish with a 220. All told, Deary left Columbus with more than $62,000, including the winner’s check of $32,929.

“It was a pretty good horse show,” the humble Weatherford, Texas, trainer said.

The Congress marked Americas Supermodel’s second time to be shown, as Deary also showed the mare in the Tulsa Reining Classic Futurity. He said he couldn’t have been more pleased with her in Ohio.

“She was really good,” Deary said. “The crowd was rather large, which I was a little concerned that it might bother her a little, but she didn’t seem to pay any attention to it. My plan was to just go show her smart. My intention was not to go win the whole thing; my intention was to go have a really good run on her to help build her confidence – she’s just capable of so much that she was able to do both.”

Deary said Americas Supermodel looks a lot like her mother and acts even more like her. Physically, nothing is hard for “Supermodel” to do.

“All along, there’s been nothing that you could ask her to do that she couldn’t do well, and it was like that with her mother, who was an exceptional athlete, too,” he said. “I have spent most of my time with these two mares just keeping them happy, sound and getting them comfortable in doing their jobs.”