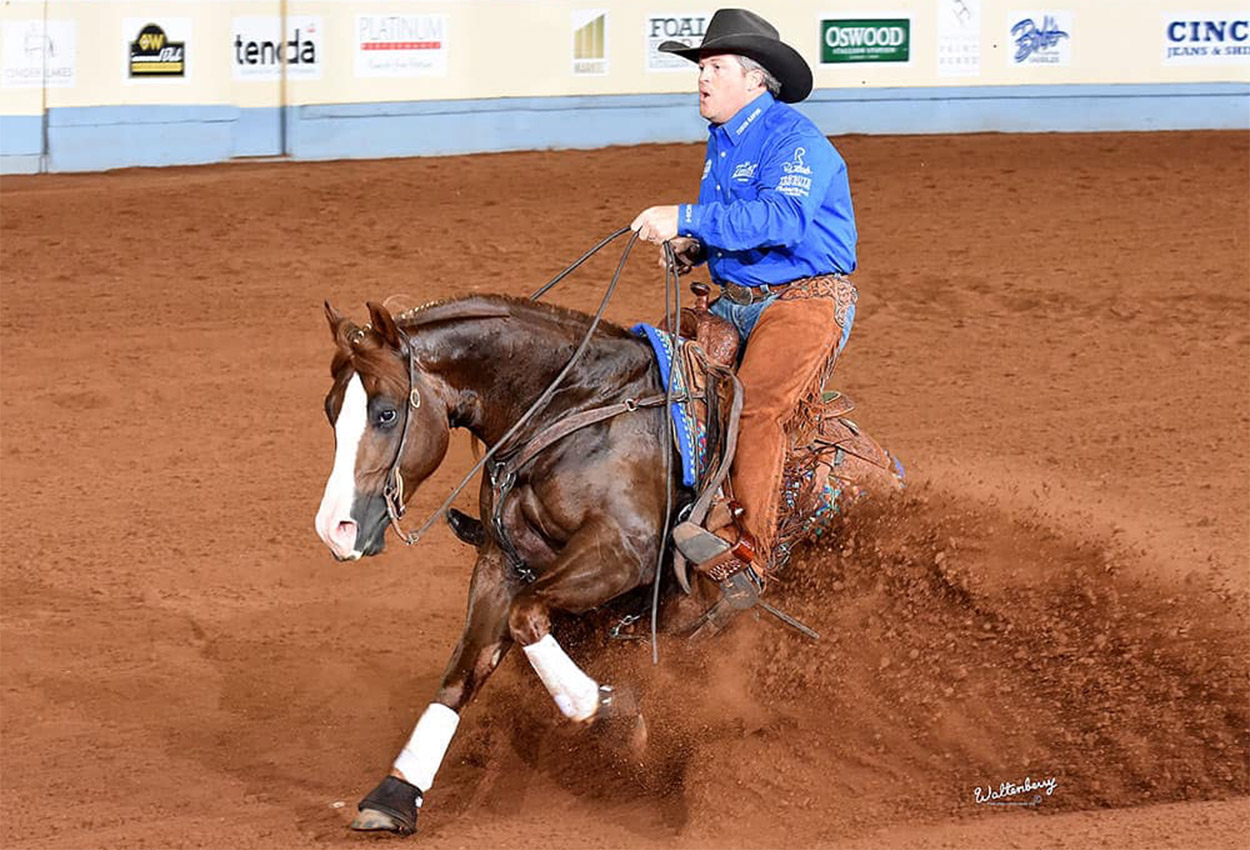 Drawing first in the biggest show of the year might have some shaking in their boots, but it couldn’t slow down Casey Deary and Ten Thirty in the National Reining Horse Association (NRHA) Futurity.

Deary and the son of Gunnatrashya marked a 223.5 out of draw No. 1, and none of the other Level 4 Open finalists could match it. The closest was Andrea Fappani, who rode two horses to a Co-Reserve Championship at a 223: Winding Inferno and Mr Farenheit.

“You know, that horse has so much feel and so much ability that my job is just to stay out of his way and make sure I put him in the right spot. I thought he was exceptional tonight,” Deary said Saturday, Dec. 4 on the livestream of the event. “He really came together in the finals; he just kept getting better all week.”

This is Deary’s third NRHA Futurity Level 4 Open title. He won previously in 2012 with Americasnextgunmodel and in 2015 with Shesouttayourleague. Saturday’s win pushed Deary’s lifetime earnings to more than $2.8 million.

Ten Thirty is owned by Rancho El Fortin, which is based in Coahuila, Mexico. The ranch in Northeast Mexico – Coahuila borders Texas – bought the Ten Thirty, who at the time named Gunna Go Rogue, after he sold for $44,000 as Hip No. 1030at the 2019 NRHA Markel Yearling Sale.

Aldo Ramon, of Rancho El Fortin, and his brothers Marco and Claudio, were in Oklahoma City to watch Saturday’s finals.

“We started this with my father, and I wish he could have been here to witness this,” Aldo Ramon told the NRHA. “It’s really special. I just don’t have any words to express how this feels. It’s not easy. It’s a long way to get here, and we’re really happy.”

Rancho El Fortin has been a part of the show careers of several top reining horses in the United States, including $127,871-winner REF Black Mamba and National Reining Breeders Classic Open Champion Cromed Out Mercedes.

It also owns 2011 American Quarter Horse Association (AQHA) Senior Reining World Champion Custom Harley, a son of Custom Crome who won $130,744 during his career and is advertised as standing at the ranch’s facility in Mexico.

Bred by Brooke Wharton, of Fort Worth, Texas, Ten Thirty is out of Dainty Little Step, a mare by Wimpys Little Step who herself won roughly $50,000 in the show pen.

Dainty Little Step now has an EquiStat produce record of more than $473,667.