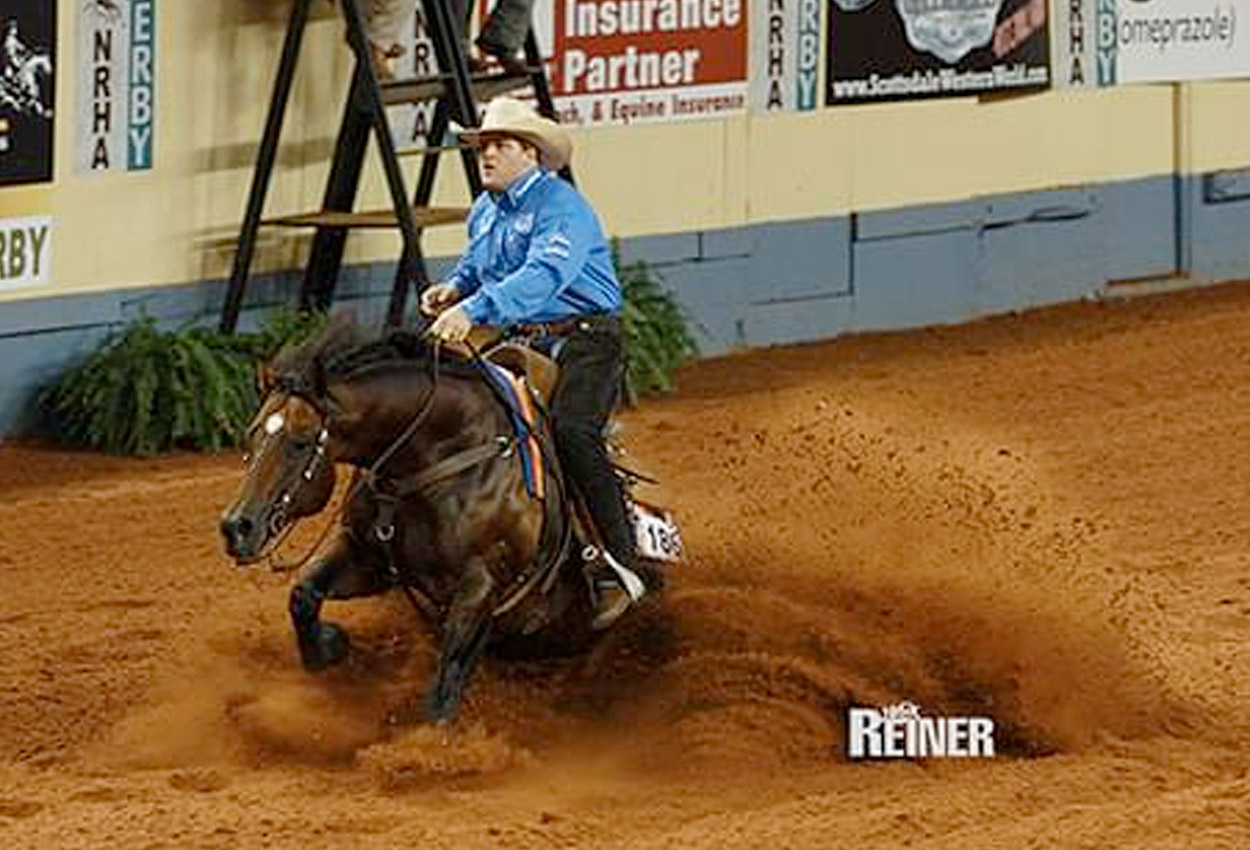 Winning the Level 4 open Derby championship with a 223 score was NRHA Million Dollar Rider Casey Deary aboard Magnum Starlights (Magnum Chic Dream x Starlights Sugarwhiz), a 5-year-old stallion owned by Antler Ridge Ranch LLC and nominated by George Lawrence with $84,378.60 NRHA LTE. The win was especially sweet for Deary. Not only did he show Magnum Starlights’ grand sire, he also showed the talented stallion’s grand dam. “We have a long history together, and Magnum Starlights was raised on our ranch,” said Deary following his win. “We won the Vegas Futurity and had huge runs at the NRBC, and we’ve always felt that he would achieve a major win sometime.”